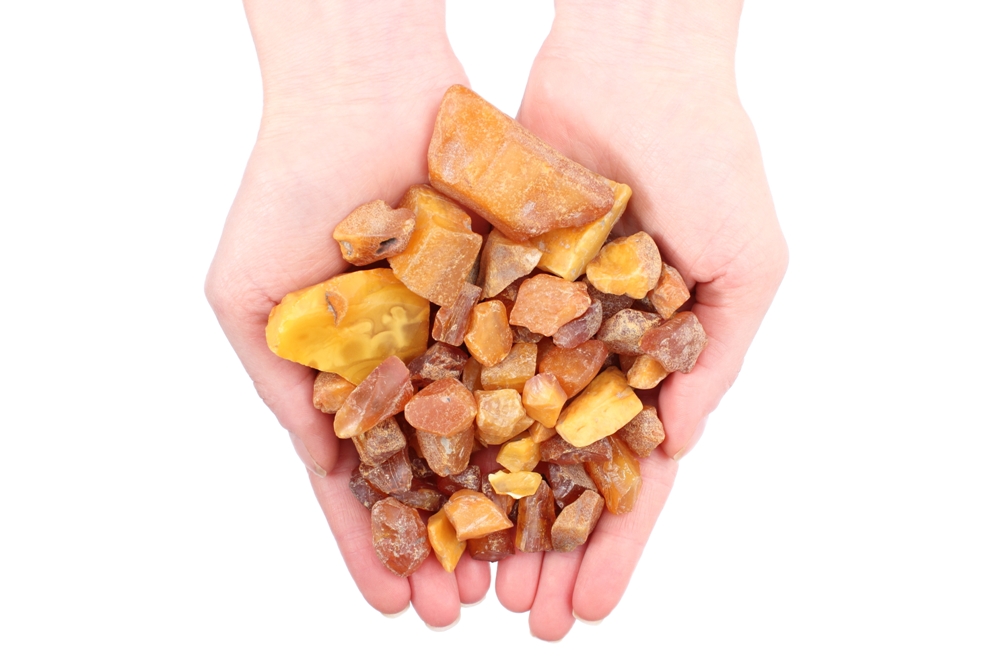 *Amber is not a mineral but an organic product. It is fossilized resin of ancient trees living 25 to 50 millions years ago, but some pieces have been found which can be as old as 130 millions years.

* Because of the small insects who could have been trapped inside, amber has helped paleontologists to reconstruct life on earth in its primal phases, and more than 1,000 extinct species of insects have been identified this way.

*The first records concerning the use of amber as medicine date back to antiquity.  Initially medicines were made only from ingredients available in the natural environment: plants, animals and minerals. It was also believed that the more ingredients a medicine contained, the better the final results. An original formula by Nicolaus Copernicus, kept in Sweden, specifies 22 ingredients, including amber.

*The Greeks called amber «elektron», the word from which electricity was derived because it becomes electrically charged when rubbed with a cloth and can attract small particles.

*Albert the Great (1193-1280), a Dominican and a philosopher, identifies amber as the first among the six most effective medicines   "...Sunt sex in medicis, quae vincunt raobore aurum: succinium, ocastorem, mors, camphora, tartarus, aurum."

* Baltic amber contains 3-8% of succinic acid, a scientifically examined medical substance used in contemporary medicine. The highest content of the acid is found in the amber cortex--the external layer of the stone.

*In 1546 G. Agricola, a mineralist and a doctor, obtained succinic acid using dry distillation. The dry distillation (accomplished by heating amber in a vacuum) divides amber into acid, oil and rosin, all of which are exceptionally valuable and very useful.

*Recent scientific research has also proved that succinic acid has a very positive influence on the human organism. It strengthens the body, improves immunity, the course of energy-related processes and the balance of acids. Succinic acid was analyzed by the pioneer of modern bacteriology, the Nobel Prize winner, Robert Kock (1886), who confirmed its positive influence and discovered that there is no risk of the accumulation of surplus amounts of succinic acid in the human organism, even after the introduction of considerable amounts into the body.

*Famous Hippocrates (460-377 BC), father of medicine, in his works described medicinal properties and methods of application of Baltic amber that were later used by scientists until the Middle Ages.

*In the Middle Ages plagues swarmed across towns, taking a heavy toll of the inhabitants.  Fumigation with the smoke of burning amber was recommended as an effective preventive measure. As recorded by Matthaus Praetorius,  During the plague not a single amberman from Gdansk, Klaipeda, Konigsberg or Liepaja died of the disease." (1680)  Amber smoke is still used in aromatherapy.

* Insects, spiders and their webs, annelids, frogs, crustaceans, bacteria and amoebae, marine microfossils, wood, flowers and fruit, hair, feathers and other small organisms have been recovered in ambers dating to 130 million years ago.

*Unlike the minerals and glass, amber is warm against the skin.

*Amber comes in more than 300 different shades! The most common colors are honey, green, cherry, cognac, citrine, and butterscotch.